R4bia – The Symbolic Construction of Protest

In the last few weeks a new symbol has emerged in the Middle East, online and offline, to remember the crackdown of the Rabaa al-Adawiya protest camp whereby many pro-Mursi citizens were killed. The ‘four-fingered’ salute is a black hand on a bright yellow background and posted on several social networking sites by people who want to express their solidarity with, remembrance of and anger about the death of the Rabaa protesters.
[youtube:http://www.youtube.com/watch?v=KiLtF-4ZVNo]

The name of the square refers to Rabia Al-‘Adawiyya whose birth, according to the stories, has been announced to her father in a dream. After much misfortune she was sold as a slave but remained steadfast in her faith. She was released and started to live in the desert and became an important Sufi saint. Râbi’a is the feminine form of fourth in Arabic; see also the insightful story by Zainab Salbi on HuffPo. (Arba’a is four). Rabî’ means springtime which maybe a reference to the Arab Spring as some observers noted (although I haven’t seen that connection anywhere yet, and as a Dutch colleagues notes below the association of rabî’ with four is not that self evident; it is usually associated with generosity or opulence).

[youtube:http://www.youtube.com/watch?v=pizeKyTfOlE]
Symbols like this one are always important in cases of protest. Anthropologist Anthony Cohen’s The Symbolic Construction of Community  on belonging and attachment is very useful here to understand what is going on.  According to Cohen (1985: 118) communities can best be seen as repositories and communities of meaning: “people construct community symbolically, making it a resource and repository of meaning, and a referent of their identity”. Communities are in Cohen’s words symbolic constructions of similarity and difference: people experience that they have something in common which distinguishes them from other categories of people in society (Cohen 1985: 12).

This symbol for most people clearly marks the boundary between pro-coup and anti-coup protesters in Eygpt. As the work of Cohen (1985) however makes clear; individual members may share symbols of community but do not necessarily share their meaning; these symbols therefore do not just stand for something else but enable individual members to generate their own meaning and to find their own way of expressing themselves.

The construction of meaning

A Turkish multilingual website R4bia.com has been launched explaining (or rather claiming one particular interpretation of) the symbol.
What is R4BIA? | DON’T FORGET R4BIA

R4BIA is a symbol of freedom

R4BIA is the birth of a new world

R4BIA is the return of Muslims to world stage

R4BIA means the Egyptian heroes who became free by dying

R4BIA is Egypt, Syria, Palestine and the whole geography of Islam

R4BIA is our daughter Asma

R4BIA is the grandchildren of Hasan Al Banna

R4BIA is a new breath to humanity

R4BIA is justice for everyone against rotten Western values

R4BIA is the tear, the sadness, the sobbing

R4BIA is the joy, the happiness, the good news

R4BIA is the child, the woman, the young, the old

R4BIA is a pure martyrdom

R4BIA is a new world

R4BIA is unification of Islamic World

R4BIA is the shame of the accomplice of the massacres

R4BIA is the end of munafiqeen who support the massacres

R4BIA is the end of oil sheikhs

R4BIA is the end of capitalists

R4BIA is the end of Zionists

R4BIA is the end of immoral press

RABIA is the arena of martyrdom

R4BIA is the mother of martyrs

R4BIA is a smiling martyrdom

[…]
“This is the ‘Rabia sign.’ ‘Rabia’ means four or fourth in the Arabic language. The name of this square comes from Rabia al-Adawiya, a blessed lady among the pious servants of Allah. She received the name Rabia because she was the fourth child in the family. We use the sign to cherish her legacy.”
“The second reason why this sign bears significance is the fact that Mohamed Morsi was the fourth President of Egypt after Gamal Abdel Nasser, Anwar Sadat and Hosni Mubarak. We make the sign to remind people of his presidency.”
“In addition, those who gather in Tahrir Square to support the military coup prefer the V sign made with the two fingers. We cannot be the same as those people. We use and spread the Rabia sign in order to distinguish ourselves from them.”
When pro-democracy demonstrators made this explanation at the early hours of 14 August, the Egyptian army moved into Rabia al-Adawiya to unleash the biggest civilian massacre that history has ever witnessed. It is likely that those few people who explained what the sign meant were martyred as well. This website contains photos and video footage of those who made the sign for the last time, right before the killings.
Following the massacre in Egypt, the Rabia sign came to be better recognized, and from then on began spreading across the entire Muslim world.

And on their facebook page we can find the following quote:

Rabaa” meaning four or the fourth in Arabic has become the sign of anti-coup protests in ?#?Egypt? worldwide. It is the symbol of war against military regime & support for those who were martyred while protesting against military coup. The massacre on August 14 near Masjid ?#?Rabia? of anti-coup protesters in Egypt tried to voice their demands to the world by raising their four fingers. Rabaa al-Adawiya Square is around 180 feet wide road and almost 6 miles long & it was fully decorated by the gathering of anti-coup protesters, it is as famous as ?#?Tahrir? Square in Cairo due to resistance of hundreds of thousands of anti-coup protesters going on for more than two months. It has witnessed one of the gravest massacres of recent years. Let’s all change our DP to ?#?R4BIA? to show solidarity with our ?#?Egyptian? brethren.

For these people the sign incorporates many things ranging from humanity, freedom and justice to the Muslim Brotherhood and the victims of the violence against the Muslim Brotherhood (such as Asma Beltagy, the daughter of a senior MB leader) and martyrdom. For many this symbol appears to replace (for now) the traditional ‘V’ sign symbolizing among other things victory and solidarity.

According to Al-Arabiya it was the Turkish prime minister who was one of the first to promote if not instigate the trend:

The contestation re-asserts the value of such practices and re-affirms its value in negotiations with others (Cohen 1985: 297). Through this symbolic re-investment such moral practices become the boundary between insiders and outsiders.

During a speech delivered on August 17 to mark the launch of an urban renovation project in Bursa, Erdogan, a staunch opponent of Mursi’s ouster and the deadly violence which ensued, saluted the crowds several times with this sign.

The sign was also raised by several Turkish footballers after scoring goals. It is believed the first player who raised it was Emre Belözoglu, a Fenerbahçe midfielder who formerly played at Inter Milan.

Then the symbol appears to have been adopted by international activists and subsequently a Turkish humanitarian aid group ‘merchandized‘ the symbol by handing out T-shirts and badges. I have also seen it on twitter and facebook of European (including Dutch) Muslims (some of them known activists).

Contested meanings: War of the fingers

Cohen’s (1985) argument that the idea and symbols of a community can be different things for different people opens up the possibility for including a space for ambiguity and contestation. The rise of a new symbol usually means that other people will try to attach and claim new meanings or to create countersymbols. Al Arabiya gives a few examples:

One of the images circulating in response to the four-fingered salute is a hand brandishing five fingers, a traditional Egyptian sign to banish away bad luck or a “curse.”

The phrase beneath the hand, pictured on many social media sites, shows a statement in support of Egypt’s military commander General Abdel Fatah al-Sisi.

Another image, also in support of the military, shows two hands making “OK” signs. The fingers however are curved in the form of two “C” shapes, intending to show “C-C.” Say it, and you’ll be saying the army general’s name.

An interesting one is a parody on the sign featuring the actress Sophia Loren:

This re-appropration of the symbol is of course not really pleasing the activists who support and spread the R4bia sign in the first place but some don’t mind particular jokes such as the one with Sophia Loren:

“Describing something as yellow in Arabic is pronounced ‘Safra’ – a similar sound to the pronunciation of her name in Arabic. So they put her picture instead of her name, against the yellow background. Somebody must have really been bored to do that!”

I have also come across a different meaning being give to R4bia: Ready for Brotherhood Independent Army often denouncing the Muslim Brotherhood as a terrorist entity. 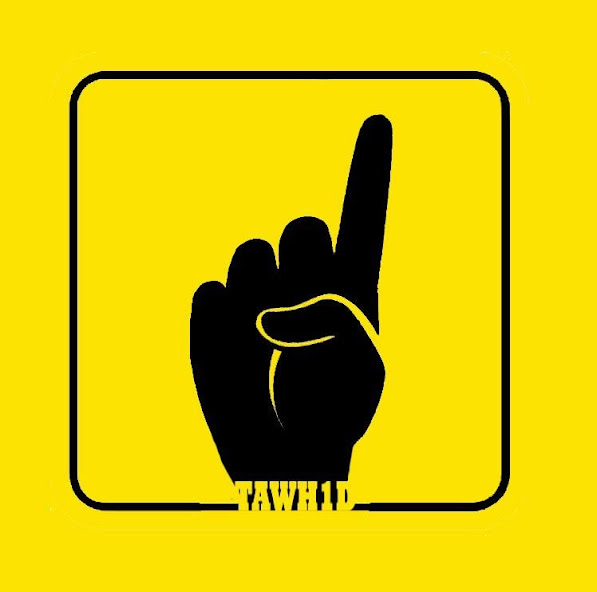 There is also opposition from others, Salafi oriented, who claim the sign is against Islam and more in particular against the doctrine of Tawhid (the unity and uniqueness of God). They use several arguments against the symbol: It is shirk (idolatry), because it suggests a belief in four gods instead of the one; it is bid’ah (innovation) since the prophet Muhammad used such a symbol or raitawhid sed four fingers. It is not allowed since Muslims are only allowed to raise one’s index fingers (symbolizing tawhid). Some have then re-appropriated the r4bia sign into a tawhid sign. Another reason r4bia is criticized is that some feel it represents nationalism which for them is also against Islam. Also here we see how one sign can be a repository of several contested meanings.

Others, within the same circles, however have opposed these contestations and stated there is nothing in the symbol that is against Islam: the prophet and companions did on occasion raise four fingers in a similar style. The idea that it would represent four gods, makes no sense since it refers to the clashes on the square and is not about God or gods (also I dont think anyone so far claimed it was an Islamic symbol). Furthermore the link with nationalism also doesn’t make sense for them since it is not associated with any country at all. Others however fear that this symbol will replace their own flags (the black banners) and that Muslims should be careful in taking up signs that do not originate in Islamic tradition. Also the people using the symbol are regarded as righteous but also as people who stand up against a dictator out of nationalist motives rather than for the sake of God; nationalism for them is against Islam as it divides the Muslim community. As Muslims in other places are suffering too, it is better to use the tawhid sign, since all Muslims are in this.

I’m not arguing here what is correct or not; as an outside observer it doesn’t matter. What matters here is that the contestation re-asserts the value of such signs and re-affirms its value in negotiations with others. Furthermore it creates a language in which supporters and opponents can negotiate. Take for example a white flag, if you use that during a battle to surrender, you opponent will get it. If you are waving your own flag when you want to surrender, chance is that other things will happen.Through this re-investment in symbolic status such signs become symbolic markers of the boundary insiders and outsiders creating both difference and similarity on different sides of the boundary but also across the boundary. “I have two ways of loving You:
A selfish one
And another way that is worthy of You.
In my selfish love, I remember You and You alone.
In that other love, You lift the veil
And let me feast my eyes on Your living Face.”