Last weekend, during an amateur soccer game in Almere a line referee, Richard Nieuwenhuizen was thrashed by four or five soccer players from the away team. He was first kicked and punched on the field, but he managed to run away. The soccer players, aged around 15 or 16, followed him and continued to kick and punch him, even when he was lying on the ground. All this happened in a few seconds, and bystanders were unable to stop it in time. The line referee was however able to stand up and tell about his harrowing experience in the clubhouse. But all was not well: later that day he had to be hospitalized. He died a day later, aged 41, father of three. 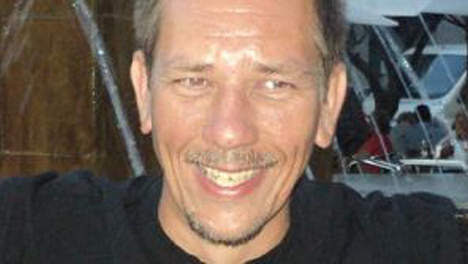 The incident generated an immediate public outcry throughout the country, and even reached international press. All amateur soccer games have been called off in the coming weekend: it is as if a period of collective mourning has been announced. Professional games will start after a minute silence, and players will wear a mourning band. Amsterdam alderman Van der Burg called for a “weekend of contemplation”.

As usual, soccer functions as a prism through which Dutch society attempts to analyze itself: implicitly, an incident on a windy field in Almere is taken to be exemplary for developments in Dutch society as a whole. The incident, and especially the question: “Why?” has started off yet a new round of navel-gazing, blame gaming, and what’s-wrong-with-society-analyzing, with soccer, as object of analysis, functioning as microcosm of the Netherlands.

Radio, tv, newspapers, are all decrying “senseless” violence, reporting about the situation on the soccer fields, public safety, cultures of violence, and general dissatisfaction amongst youth in the Netherlands. The debates featured on radio and tv offer the usual mixture of moralizing and blame gaming, and if we take a look at the nature of the reactions and who says what, we are able to make a pretty good map of social relations across the spectrum of Dutch society.

Underlying the unfolding debate is the issue of the changes in society, and attempts to find meaning in this. An instance of “senseless violence” is taken to be a consequence of changes in society, such as a downfall of the stature of government and other trusted institutions (for which the KNVB is in this instance a metaphor), a roughening of public manners, and immigration.

First of all, there are those immediately involved in the incident: the soccer clubs. SV Nieuw Sloten, to which the perpetrators belonged, disbanded the team, promised cooperation with the police, and issued a press statement denouncing the incident. Almere Buitenboys, the club to which the line ref belonged, lashed out at the national soccer association, the KNVB. It became clear that the Nieuw Sloten team had already received a formal warning from the KNVB for various acts of bad behavior. There is the feeling that perhaps this incident might have been prevented, if the KNVB had been more strict.

The Volkskrant further reported that Almere Buitenboys was also stung by the fact that they were unable to reach the KNVB on a Sunday, and that apparently, the KNVB’s initial reaction was inappropriate (“why are you calling at such a late hour?”). The KNVB comes out looking like its focus is on professional soccer, and does not care for the “little man,” the ordinary citizen who volunteers as a line ref. Others also commented on this. KNVB however has admitted, on the national news, it reacted too late, and has announced, of course, an inquiry. However, the KNVB also stated that violence on the soccer fields is a societal problem: “we are all responsible for what happens on the field.”

The government does not have much to say on the amateur soccer fields: although the government plays a crucial role in maintaining public order when it comes to professional soccer games, this is not so for the thousands of amateur games played every weekend. However, politicians –naturally- felt it necessary to mingle in this national debate. Among whom, the minister for sport, Edith Schippers, and a series of parliamentarians expressed shock and horror. City aldermen from Almere and Amsterdam, home towns of both teams, have made public statements, although it is unclear what official role they have in this. Alderman Eric van der Burg from Amsterdam stated in a radio interview that the B1 team from SV Nieuw Sloten the team had misbehaved before. Rene Peters, alderman in Almere, stated that Almere would provide, if necessary, psychological help for victims, even though the organisation which provides that help (slachtofferhulp) is independent from government authorities.

The press has thus far been able to restrain itself, and largely limited its role to reporting what happened. Only the Telegraaf has mentioned that, apparently, the perpetrators are of Moroccan origin. In what way the ethnic origins of these boys would be relevant to the case, the Telegraaf does not attempt to make clear.

After initial expressions of shock and horror, the process of making sense of it all started off with comments on large-scale societal developments. Commentators argue that, as society has become more violent and harsh, so has soccer. It is simply a consequence of the gradual loss of manners and the breakdown of decency.

Other commentators have reflected on the role of parents in the sidelines in whipping up emotions of young soccer players. Although there is already an established protocol for overly fanatic parents –they are asked to cool down or else leave the field- this apparently is not enough. Frank de Boer, well-known soccer player and now head coach of Ajax, asked the question: “Whatever happened to the upbringing” of these kids“?

Others have pointed out the fact that the perpetrators are of Moroccan origin. Geert Wilders, the right-wing polician, pointed this out in some of his tweets. Naturally others have disputed this, most notably among whom is Achmed Baadoud, left-wing alderman in the part of Amsterdam from which the Nieuw Sloten team originated. Mr. Baadoud laid blame with the parents, who are giving a bad example off and on the field.

The social media, Twitter foremost among them, have exploded. On Twitter, the hashtag #grensrechter (line ref) has innumerable tweets. Peter R. de Vries, a nationally-known crime reporter, always dependable if you want a contrarian opinion, published a number of tweets in which he derided line refs for being shockingly partial and limitlessly unsportsmanlike (“stuitend partijdig en grenzeloos onsportief”). His tweets have provoked fierce reactions.

We can expect to see, in the coming days, deeper reflections on the question “why” in op-eds and “in-depth” reports on tv and radio. The search for causes is likely to consist of moralizing and soul searching along well-established political and social lines. Some will emphasize collective guilt “Dutch society is becoming harsher”), others will blame a specific group (“it’s immigrants wot done it”), and so on, along established lines.

None of this is likely to change anything in a concrete or tangible manner. The public outcry and the search for “why” can best be interpreted as a search for meaning in “senseless violence” and a coming to terms with a complex mix of emotions mixing guilt, helplessness, and nostalgia for a time past when things were better. In this search for meaning, we see established lines of battle being drawn, with predictable statements and predictable reactions. In the confused Netherlands, the case of the murdered line ref only serves to confirm and perhaps sharpen the lines along which our fragmented society has divided itself.

Jeffrey Schwerzel studied anthropology at VU University Amsterdam. He was conscripted into the Dutch army and went to Bosnia. He joined the reserves and served in Afghanistan for 3 tours and works as a researcher.