How do you get from being a pacifist antigovernment protest leader to being a homegrown guerrilla fighter?

Nineteen-year-old Basset is the goalkeeper for the Syrian national soccer team. When revolution breaks out the charismatic young man becomes an iconic protest leader and singer. His songs reflect his dream of peaceful liberation from Assad’s brutal regime. Osama is a 24-year-old media activist and pacifist wielding his camera to document the revolution. But when the army cracks down and their beloved Homs becomes a bombed-out ghost town, these two peaceful protesters take up arms and transform into renegade insurgents, with devastating results.

Former star goalkeeper of the national soccer team, Abdul Basset Saroot, transformed over three years from a pacifist antigovernment protest leader into a homegrown guerrilla fighter. He saw colleagues die from army sniper bullets and disappear in government detention. He suffered a grievous leg wound and, his friends say, is now surviving on well water and seven olives a day.

Nowadays Abdul Basset Saroot is considered a terrorist by President Bashar al-Assad’s government. He is the main character in the film, “Return to Homs.” The film won the World Cinema Grand Jury Prize for Documentary at Sundance. The film is made by Damascus-based-husband-and-wife-film producers Orwa Nyrabia and Diana El Jeiroudi.

“This is Homs, but I don’t know where I am,” Basset says with characteristic joviality as he wanders through the destroyed buildings and rubble-filled streets of the city. They are the streets Basset and Osama grew up in, now a barren battlefield. In fractured homes, discarded living rooms speak of thousands of disrupted lives. Osama is disorientated by this completely new reality, “like an immigrant discovering a new city”.

As the siege takes hold in Homs, these two friends gather together a circle of brave but ragtag comrades, determined to protect the trapped civilians and help to get them out of the city. Surviving on a diet of just a few olives and a single glass of dirty water a day, this handful of stranded amateur fighters hold out against the snipers, tanks and mortars of the Syrian Army. They scuttle through the ghost town like rats, resourceful and single-minded.

Soon bravado gives way to despair as the reality of their David and Goliath battle takes hold. Sitting in a destroyed hallway lit by streaks of sunshine that make their way through the rubble, the normally optimistic Basset seems broken. Osama has been captured and the fight is not going well. “I no longer have it in me to do this. All my close friends are gone. I’m fed up man.”

Yet out of despair grows a renewed, more bitter determination. “Will this revolution ever end?” the film’s director Derki asks. “Sure – they’re not immortal”, smiles Basset. Pushed out of the city by Assad’s forces, he prepares his men for a dangerous return to Homs. “Kill me, but just open up an exit for the people”, the brave young leader cries. 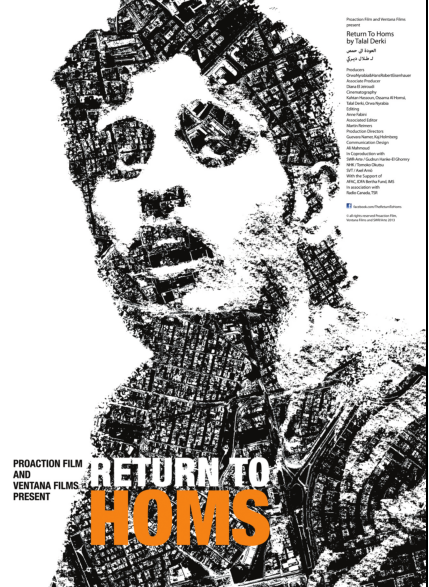